Massive, conscious participation is our goal this May Day, to reaffirm our unity and commitment, stated Luis Manuel Castanedo Smith, secretary general of the Federation of Cuban Workers (CTC) in Havana, during a plenary session of the trade union leadership, held yesterday, April 28.

Castanedo recalled the significant anniversaries that are being celebrated this year, during the meeting in Lazaro Peña Theater at the CTC national headquarters: the 55th of the Literacy Campaign; the 60th of the Granma landing; the 55th of the Playa Girón victory and the proclamation of the socialist nature of the Cuban Revolution – and especially the upcoming 90th birthday of Comandante en Jefe Fidel Castro.

END_OF_DOCUMENT_TOKEN_TO_BE_REPLACED 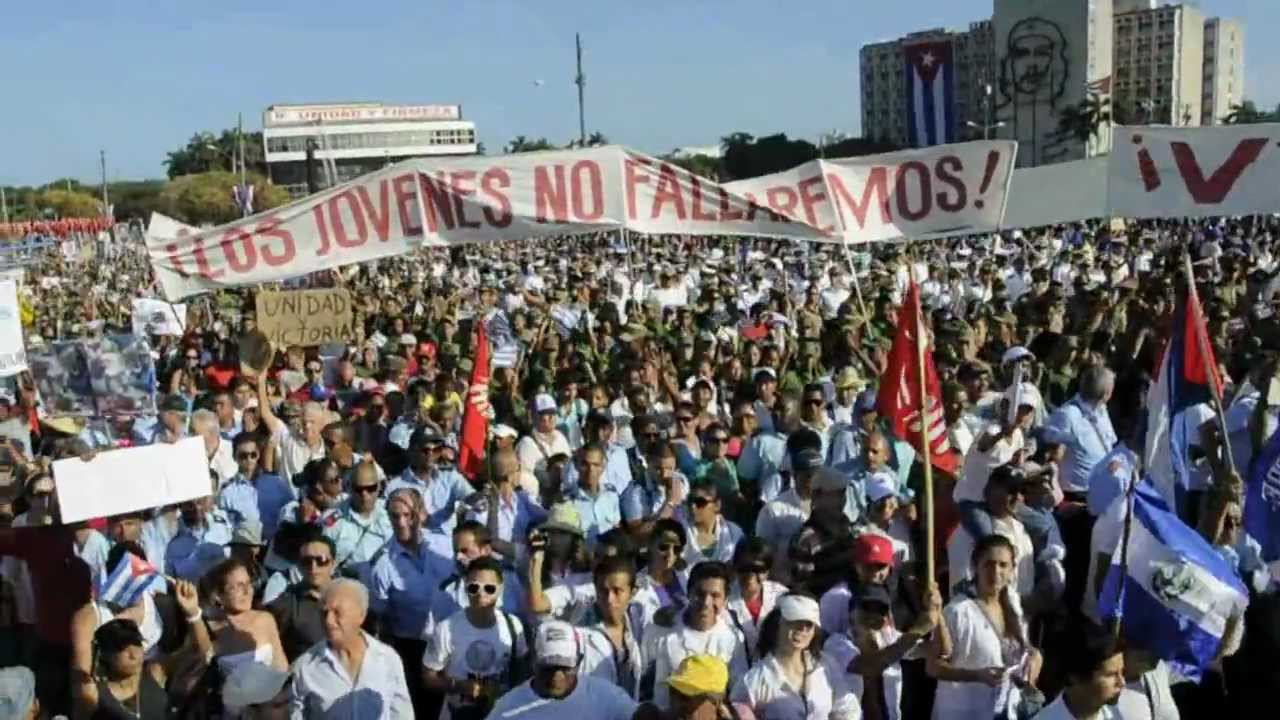 END_OF_DOCUMENT_TOKEN_TO_BE_REPLACED

Me gusta Cargando...
By Jack A. Smith/Global Research

Washington’s partial rapprochement with Havana, symbolized by President Barack Obama’s recent visit to Cuba, is more advantageous to the United States than the neighboring country it has ostracized, sanctioned and subverted for over five decades.

This is not to say that the small island nation of 11.3 million people has gained nothing from President Obama’s efforts to mitigate over 56 years of Yankee hostility, beginning overtly a year after the 1959 armed revolution that freed Cuba not only from a vicious dictatorship but 467 years of foreign domination — by Spain from 1492, replaced by the U.S. from 1899. It ended with the Cuban Revolution on New Year’s Day 1959.

Despite Obama’s significant visit to Havana March 21-23, his cordial dialogue with President Raul Castro, and the declaration that “I have come here to bury the last remnant of the Cold War in the Americas,” the principal contradiction between Washington and Havana has not changed substantially: The Cuban revolutionary government is committed to retain a socialist system, including a measure of private enterprise and foreign investment. The U.S. government is committed to eliminating socialism in the Western Hemisphere, though a modification in methodology now will seek to attain that goal with honey, not acid. It will take a more leftist White House and Congress to allow a truly equal and friendly relationship to develop — and that’s not on the present horizon.

President Castro alluded to U.S. intentions in his opening report to the 7th Communist Party congress April 16 when he noted: ” We are not naive nor do we ignore the aspirations of powerful external forces that are committed to what they call the ‘empowerment’ of non-state forms of management, in order to create agents of change in the hope of putting an end to the Revolution and socialism in Cuba by other means.”

END_OF_DOCUMENT_TOKEN_TO_BE_REPLACED

Ciego de Avila, Cuba.- Foot amputations in people with diabetes decreased in Cuba due to the use of Heberprot-P, a specialist said today.

Lianet Rodriguez, national promoter of the Comprehensive Care Program for patients with diabetic foot ulcers, told reporters that Ciego de Avila ranks as the most prominent province of the island using the Cuban medicine, which is unique in the world for treating the ailment.

END_OF_DOCUMENT_TOKEN_TO_BE_REPLACED

The Second Days of Action against the Blockade of Cuba in Washington DC ended on April 22 with a successful community forum at the UDC Law School. From April 18, participants from cities across the United States, including Hawaii, and also from Brazil and Canada, attended a variety of activities.

The Days of Action was designed this year to bring a number of Cuban guests to participate and to share the Cuban perspective with U.S audiences. The expectation of the organizers was that it would be easier to get visa approval for them after the favorable announcements about improved relations between the two countries were made on December 17, 2014.

As it turns out, in this new period of «thaw» the exact opposite is true. Two Cuban medical professionals who had participated in the Cuban brigade to fight Ebola in West Africa were invited to participate. Also Luisa Campos, the Director of the Havana Literacy Museum who has come to the US before, a representative of the Cuban Institute of Friendship with the Peoples (ICAP) and Jorgito Jerez -all of them representatives of Cuban civil society. They were all set to come but of the five Cuban invitees only Jorgito got his visa, and that came after the first leg of his tour in New York had passed. He arrived in DC just 2 hours before he was to speak at American University.

END_OF_DOCUMENT_TOKEN_TO_BE_REPLACED

ARTEMISA.— More than 130,000 members of the Cuban Workers Federation (CTC) in Artemisa are participating in activities, April 25-30, leading up to International Workers Day, stated Eduardo Antonio Chiong, secretary general of the CTC in the province.

END_OF_DOCUMENT_TOKEN_TO_BE_REPLACED

The problem arose last March 20 in the context of the official visit of US president President Barack Obama to Cuba and the corresponding media attention.

We were reported on Obama’s first actions on the island when suddenly we were unable to do so, expressed several journalists of this media founded on June 16, 1959.